Founded in 1959 under the name EIC-Sieger and operating from Poole, Dorset, it still has a base today in the UK. The company was rebranded and named J&S Sieger Ltd in 1961. The man behind the company was Joshua Sieger who invented the first low-power catalytic bead sensor immune to cross-sensitivity and named it Mark 9, designed for use on boats.  At the time, few companies offered gas detection solutions and those that did mainly targeted mining.

The company pioneered Chemcassette technology in 1971, which provided proof of gas presence—using colourimetric paper tape, that changed in colour when exposed to the target gas. This technique is still used today.

Innovative and growing operations attracted the Zellweger Luwa Group’s attention, who in 1979 acquired J&S Sieger Ltd and rebranded it to Zellweger Analytics. Two years later the company acquired MDA Scientific who specialised in gas detection products for semiconductor fabrications and laboratories. The result was a comprehensive range of Chemcassettes and detection solutions for a variety of exotic gases.  While also serving the traditional customer base of mining, oil, gas and petrochemical sectors.

During 1985 optical gas detection technology was used to develop the 5050, an infrared point flammable gas detector. Working with Shell during 1987, Searchline was created, the first hazardous area certified Open Path detector which is still available in an updated form today. 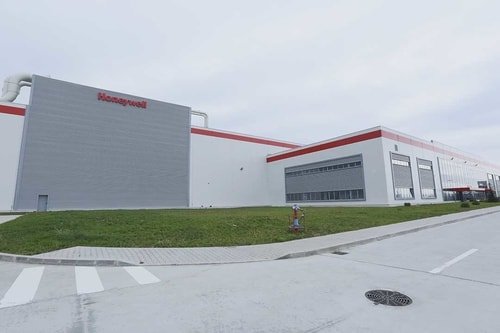 Series 2000 transmitters were introduced during the 90s, providing easy sensor replacement in hazardous areas without needing a hot work permit, now superseded by the 3000 range.  1996 marked the acquisition Neotronics, a portable gas monitor manufacturer; this facilitated the launch of the Impact gas detector in 2001 that used cartridge-based sensors and offered the first automatic calibration device the Enforcer.

2005 was a milestone year when Zellweger Analytics was acquired by Honeywell and rebranded Honeywell Analytics and incorporated into their Life Safety division. Further synergy and expansion occurred in 2007 when MST technology a German company was purchased, offering gas detection specialism in semiconductor and laboratory settings, resulting in the introduction of the Satellite into the Honeywell Analytics portfolio. The Zareba range was also launched offering low-cost fixed gas instruments for customers.

On March 24, 2006, BW Technologies was bought offering Honeywell a significant foothold into the portable gas detection market, with the world-renowned BW brand. UK based First Technology PLC was also acquired, including sensor manufacturer City Technology, who produce the Sensoric range.

In 2012, Honeywell entered the flame detection sphere with the acquisition of Fire Sentry.

RAE Systems Inc was bought in June 2013, an expert manufacturer of portable and fixed gas detection instruments along with radiation and photo-ionisation sensing devices.

Deploying the latest technology to offer wired or wireless gas detection, the Honeywell Analytics range includes fixed and portable instruments along with control systems supplied to a multitude of industries across the world.  Combining 200 years of experience in the design, manufacture and technology of gas detection.